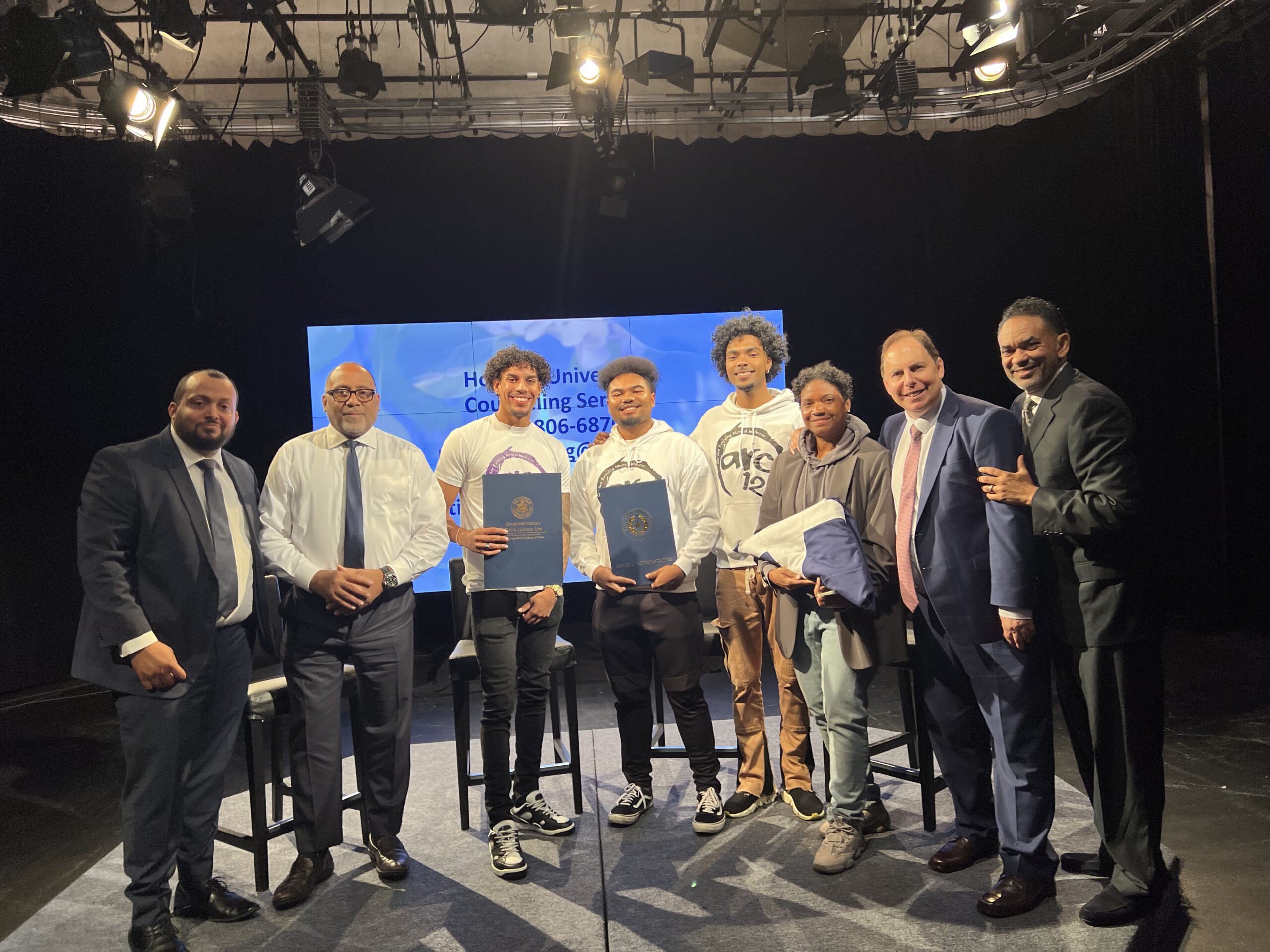 Radio and TV Execs join together to celebrate this groundbreaking achievement!

Angie Ange, Director of Content for WHUT-TV says, “I am so proud, inspired, and energized by this unique and important program on Mental Health and rightfully excited to bring this awareness initiative onto all of our WHUT platforms.  Since we take Mental Health very seriously, the program’s openness, honesty, transparency, and relatability sets a new bar on creative and impactful mental health programming. We intend to continue this important conversation and expand our relationship with the ARC12 Project on other necessary Mental Health initiatives.”

Sean Plater, General Manager for WHUT-TV says, “We are honored to be recognized for our place in this important conversation surrounding Mental Health.  I’d like to thank the ARC12 Project for serving up such a powerful, dynamic, and educationally stimulating programming piece. I know it’s rawness and realness will serve to not only inspire, but it will save lives.”

Gary Bernstein, President of Oceanic Tradewinds and co-creator of the Arc12 Project says, “This powerful programming is part of an ambitious movement inspired by Mark Thierry and his son Noah who live this in real life every single day. They carry the courage and creativity it takes to empower others with practical tools which can advance a timely and absolutely critical dialogue surrounding mental health.”

Within the TV program, famed Greaterness Coach Dr. Michael brilliantly and carefully guides this important discussion on mental health whereby each cast member felt safe being vulnerable especially in talking about their own brush with suicide.

WHUT-TV, Howard University Television was founded in 1980 in Washington, D.C. as WHMM. At its inception, the station became the first public station in the United States to be licensed to and operated by a historically black college and university (HBCU) – Howard University. The station broadcasts reach over 2.5 million households in a 60-mile radius. The station endeavors to underscore Howard University’s overall mission in its commitment to excellence, leadership and public service. For nearly 40 years on air WHUT has become a leader in broadcast communications by providing quality programming for the Greater Washington, D.C. viewing community that is relevant and informative while offering exceptional professional training in television production, engineering, and management. Visit www.whut.org/about

The Arc 12 Project combines media and manufacturing with the express purpose of raising funds and creating programming supporting mental health awareness. With Executive Producers Gary Bernstein, Noah Thierry and Mark Thierry, “Open Lines” represents game-changing content igniting a no holds barred discussion around mental health within the HBCU communities and particularly amongst young males. Inspired by Howard University Senior Noah Thierry’s mental health journey, renowned media executive Gary Bernstein along with entrepreneur Mark Thierry are spearheading this ambitious movement designed to create a better understanding around mental health through media, education, and partnerships with participating mental health organizations. Because candles have been a constant source of peace for Noah, the beautifully scented Arc12 candles are being manufactured in large quantities through Unity Brands Inc, a Texas-based, minority-owned manufacturing company, so significant funds can be raised to support mental health programs at the 101 HBCU campuses around the United States with retail locations at select Nordstrom’s including the Houston Galleria.  For more information, visit www.arc12project.com