What happens when one of the country’s leading radio/club DJ’s steps out on faith and perfects something that no one in the world has ever tried before? Atlanta based DJ Mami Chula has combined her two biggest passions of DJ’ing and Aerial Silks into a whole new business/lifestyle experience/venture that is being sought after by the biggest and best in the entertainment industry. Hence, it came as no surprise when the Directors for the upcoming Bad Boys For Life movie featured Mami Chula prominently in the Club Scene. Infact, Will Smith was so enthusiastic about her performance that he coined it “ so amazingly cool and unique”. The Blockbuster movie also co starring Martin Lawrence is due to be released next January. Prior to this, Mami did her first Aerial Silk DJ Club Show at Opera in Atlanta on New Year’s Eve to rave reviews.

Before all this up in the air work , Mami Chula established herself on the air as a pioneering radio personality/DJ in Atlanta . Her career took off while doing nights on Radio One’s Hip Hop station “Hot 107.9”. She was next recruited to the more main-stream stations of “95.5 the Beat” and “IHeart’s Wild 105.7 and 96.7”. It was at these so-called “Pop Stations” where Mami Chula created and hosted her own events with mostly unsigned recording artists/ social media celebrities where she sold out big clubs with acts receiving no radio airplay. Enter in another pioneering new concept whereby she conceived and executed it all by herself to the delight of the big corporations backing her efforts. Sound familiar to today? It was during this period where Elvis Duran from Z-100 in NYC and nationally syndicated reached out to Mami for her one of kind “Mami Mix”. To this day, she remains only one of a few females to have achieved such a prolific top ten market footprint showcasing her skills both as a DJ and air personality while boasting #1 ratings everywhere.

Besides being a huge radio brand, Mami Chula established herself as a premier
Atlanta/National club DJ spinning the best in all genres of music including Pop, Hip Hop, Dub-Step, House, and Trap Music in an open format. She has toured with the biggest artists including Jagged Edge, Ciara, The Game, and Snoop Dogg. Mami has also appeared on Ellen, the Source Awards, BET, the Essence Festival for Coca Cola for 5 consecutive years , the NCAA Final Four, and was even the DJ for the Atlanta Dream WNBA Team during their playoff run.

While embracing technology with her passion for fitness, Mami Chula also manages 75 plus DJ’s on the smartphone App Fit Radio. Besides including her mixes on the app with a reach of 3.3 million listeners, Mami assists with vocal training and audio work out. As we can all see quite clearly, DJ Mami Chula is FIT for GREATNESS as she builds a new empire by being the world’s first aerial DJ. For booking info, call Gary Bernstein at (508)245-1776 or gary@oceanic.such.website 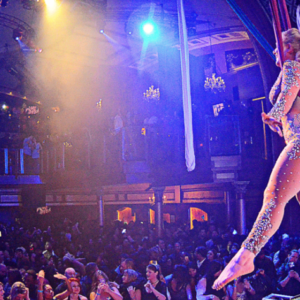 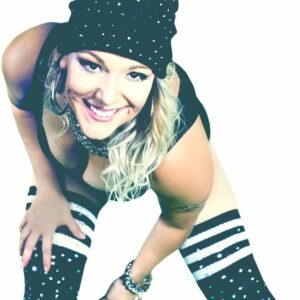 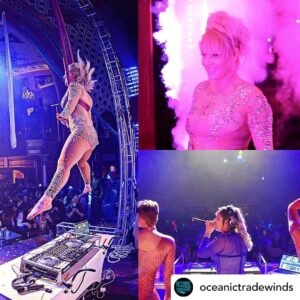