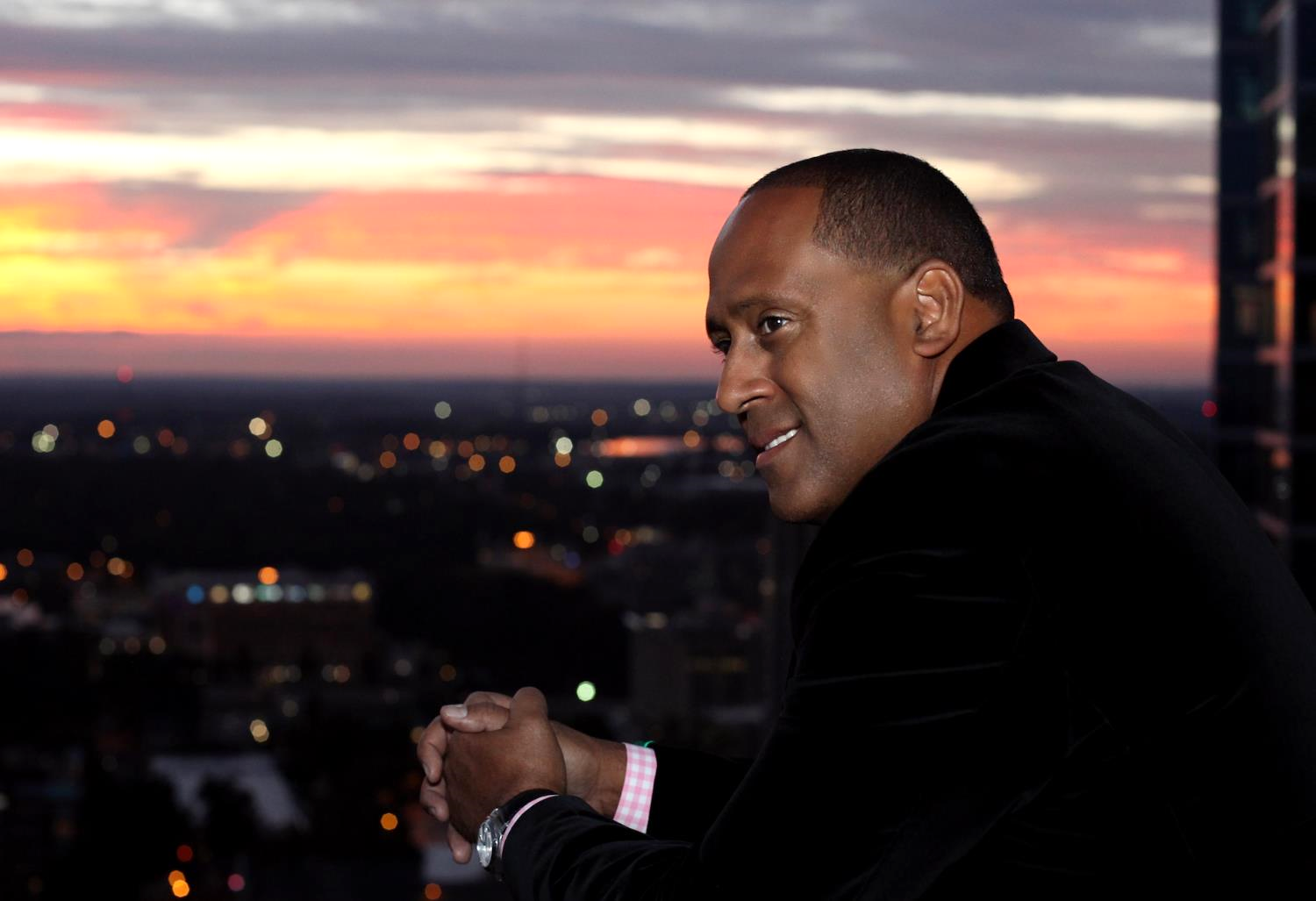 Frank Ski has hosted the top-rated radio program ‘The Frank Ski Show’ since 1998, first on Atlanta’s CBS affiliate V-103 for fourteen-years and currently on Baltimore’s 96.3 WHUR. Frank Ski is the person who brings listeners, sponsors and respect to every radio station based solely on his inviting and engaging voice. Time and time again he has been called “The Rainmaker of Urban Radio.” Frank Ski is skilled at connecting with his audience and increasing ratings – a bankable commodity since 1983. A noted pioneer of hip-hop music in the early years, Ski has remained a major influence and contributor to the music industry as a DJ and producer and, of course, through his influence in the radio industry. This phenomenal philanthropist, motivational speaker, journalist, disc jockey, producer and devoted father has managed to captivate audiences in Baltimore and Atlanta for years.

‘The Frank Ski Show’ is an up-tempo lifestyle program designed to entertain, inspire and inform every day. With a distinctive style and sense of humor, Ski balances music with celebrity guests and discussions of culture, local and national headlines and topical subject matter that means the most to the African American community. Once he turns off the board at the end of his show, his passion for connecting with the audience continues dozens of times a month out in the community.

When not on-air or in front of the camera, philanthropy is Frank Ski’s passion. He is well-known in Atlanta, Baltimore and Washington DC as a visionary who looks beyond merely handing over money to children’s programs, but works to develop children as intellectual, creative, confident young people. His history of helping people in need is long and impressive. He finds responsibility in his celebrity to reach out, and in his words, “foster a global sense of involvement”.

The Harlem-born, Miami-raised Ski moved to Baltimore, Maryland, and attended the University of District of Columbia to pursue a career in law. It was there that Ski started his career in radio broadcasting as a part-time disc jockey. The show ‘Breakers Delight’ was the first show in DC and the third in the US to play all rap music. It became the most listened to show in the region. During his college years, Ski also worked as a paralegal.

Then, in 1985, V-103 took notice of his talent and offered Ski a position as an evening shift disc jockey. He worked in that capacity for almost ten years and eventually became the co-host for the number one rated morning show.

In 1996, Ski joined 92Q FM in Baltimore and in 1998, he moved his morning show to the Atlanta station V-103 which became the top-rated morning radio program over both locally programmed shows and syndicated shows. Over 1.2 million listeners tuned in every week to listen to The “Frank & Wanda in the Morning.” It was consistently a listener favorite, in part due to its humorous take on news and lifestyle issues.

Ski also has an established career as a distinguished journalist, having reported on several prominent news stories over the years. Career highlights include the final interview with Coretta Scott King, and an exclusive interview with convicted child murderer Wayne Williams, which helped to launch the re-investigation of the Atlanta Child Murders. The interview and subsequent reopening of the case made national headlines.

In 2002, the honorable Reverend Jesse Jackson presented Ski with the distinguished “Journalist of the Year” award on behalf of the Rainbow Push Coalition.

Ski has not only been able to entertain and inform listeners on his weekly radio show, he has also opened up many doors for his audience. Ski has served as host and spokesperson for many charitable and educational initiatives including the International Civil Rights Walk of Fame and, after the tragedy of Hurricane Katrina, he spearheaded an initiative to raise hundreds of thousands of dollars for displaced families.

In 2005 alone, Frank Ski raised nearly a half million dollars for Hosea Williams Feed the Hungry and Homeless and Metro Atlanta Respite & Development Services, a non-profit agency that assists children with special needs. He has also involved with Rainbow Push Coalition, Hands on Atlanta, Leadership Atlanta and The Latin American Association.

Ski’s most notable philanthropic venture is the Frank Ski Kids Foundation, which provides financial assistance to low-income youth applicants and youth-serving agencies to expand opportunities for educational, athletic and cultural learning. Since its inception,

The Frank Ski Kids Foundation has provided once-in-a-lifetime experiences for children, including all expenses paid excursions to Rome and Florence Italy, The Amazon and to Ecuador to explore The Galapagos Islands and the Charles Darwin Research Station, as well as annual events such as the Youth Bowl and Kids Week. Hundreds of Atlanta’s youth benefit from the positive opportunities the foundation provides each year. As a result, The Frank Ski Kids Foundation has received numerous awards and honors including Black Enterprise Magazine’s National Communiy Champion Award. While philanthropy is his life’s passion,

Frank takes time to enjoy some healthy indulgences as well. His personal interests include international travel, gourmet food and wine collecting. Always one to promote giving back to his community, Frank emphasizes philanthropic work with his family and teaches them about the responsibility he feels he has to the community. Leaving each place a little better than he found it, Frank Ski’s influence continues to grow not just in the communities where his voice is heard, but around the world.