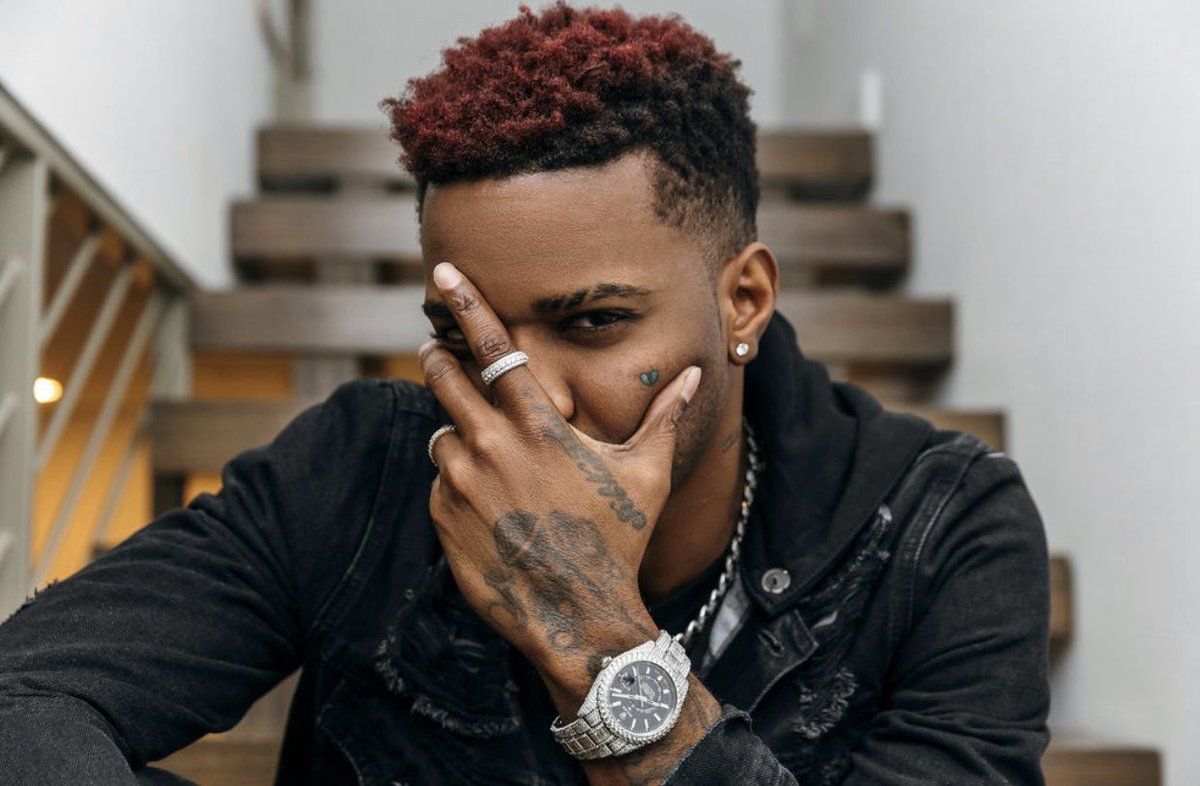 Fans of dancehall music know Konshens as the voice behind many of the biggest bashment anthems of all-time. Hits like “Gal a Bubble” and “Bruk Off Yuh Back” are absolute essentials of the genre, capable of sending dancers into a frenzy the moment they play in a party.

Like most dancehall acts, Konshens’ story originates in Kingston, Jamaica. Born Garfield Spence, as a teen he formed the group Sons of Jah (also known as SoJah) with his older brother, Delus, and began releasing music in 2005. The duo’s very first single, “Medz Pon Di Corner,” which dealt with the tensions simmering in their community at the time, became a hit in Japan, leading to a tour of that country and the release of a Japan-only album, also entitled Sons of Jah.In 2008, Konshens branched out on his own with “Winner,” a blend of dancehall and hip-hop which took a hopeful approach to the financial anxieties many felt during the global recession. He continued to build his rep as a thoughtful new voice on the Jamaican music scene with lyrically-rich tracks like “Rasta Imposter” and “The Realest Song.”

In 2012, Konshens released his debut solo LP, Mental Maintenance. While the album contained a variety of reggae, hip-hop and dancehall flavors, it was at this time that Konshens came to be celebrated for his “gyal tunes,” waistline-minded anthems known for creating hysteria among female dancers. After setting things off with 2012’s “Gal a Bubble,” he followed with similarly-minded hits like “Stop Sign,” “Do Sum’n” and “Gyal Sidung,” cementing his place as di gyal dem deejay.

“People misinterpreted the name Konshens and thought it means conscious,” Konshens says, explaining his sometimes misunderstood identity. “I always did badman tunes, gyal songs, all aspects [of dancehall]. It took a big gyal song to create this idea of a transition, but I am just an artist approaching however I am feeling on a certain day. There is no limit to what I would say or do, once I am comfortable with it.”

In 2013, Konshens collaborated with J. Capri on “Pull Up To Mi Bumper,” a throwback to ‘90s dancehall which became a hit across Europe, leading to more international collaborations like “Policeman” with Dutch EDM star Eva Simons and the official dancehall remix to The Chainsmokers’ Top 10 single “Don’t Let Me Down.”

He would score the biggest solo hit of his career in 2016 with “Bruk Off Yuh Back.” With over 180 million views on YouTube, it’s one of the most recognizable dancehall singles of the last decade, and one of the most watched dancehall videos ever. That same year, Konshens made a splash in the exploding Latin trap market with “Privado,” a collaboration with reggaeton superstars Nicky Jam, Farruko and Arcángel from Jamaican superproducer Rvssian. The song’s video today counts over 225 million YouTube views.

In 2017, Konshens re-teamed with Nicky Jam on “Amor Prohibido” (from Jam’s double-platinum, No. 1-charting Fenix album) and connected with a rising Cardi B on her GBM V2 mixtape. 2018 proved to be one of the most productive years of Konshens’ career, as he issued his versatile sophomore album It Feel Good album and Raw, a mixtape of the explicit sex jams that by then had become his trademark. He also appeared on “Succa Proof,” from the late Nipsey Hussle’s platinum-certified Victory Lap LP, and had the only guest feature on Doja Cat’s debut album, Amala, with the track “Wine Pon You.”

An ever-present force within Jamaica’s rich and evolving music scene as well as on the global stage, Konshens continues to navigate both worlds in a way few artists ever have. Key releases from the past year included “Slow Wine” with soca superstar Nailah Blackman; the dancehall scorcher “Backaz”; and a remix of Clean Bandit and Mabel’s electro-pop hit “Tick Tock” alongside fellow Jamaican legend Beenie Man. Up next for Konshens is Red Reign, his fifth solo album and first through Oakland-based Ineffable Records, slated for mid-2021. Lead single “Can’t Stay Sober,” a moody and provocative take on coping during the pandemic, launches the project on March 19th.